A Word of Caution Concerning 3DM & The Order of Mission
PART THREE
What every church leader and member should know before their local church gets involved with 3DMovement and The Order of Mission.
(3DM warning part THREE shows how the Church of God Anderson IN. and the Pacific NorthWest Association
(PNA) have incorporated 3DM in their local churches and the movement.)
I am part of the Church of God, Anderson IN. This is also known as the Church of God, Holiness, Reformation Movement. The following observations are in direct reference to this movement but may apply to others. I submit them for consideration and out of a great concern for this movement.
Jim Lyon the General Director for the General Assembly of the Church of God, Anderson, reported “exploring” 3DM as a “potential partner and resource channels for leadership, congregational, and national church development”[i] This statement has been used to justify the use of 3DM in local districts. This is further highlighted by the Church of God’s national office support for 3DM on one of its websites. 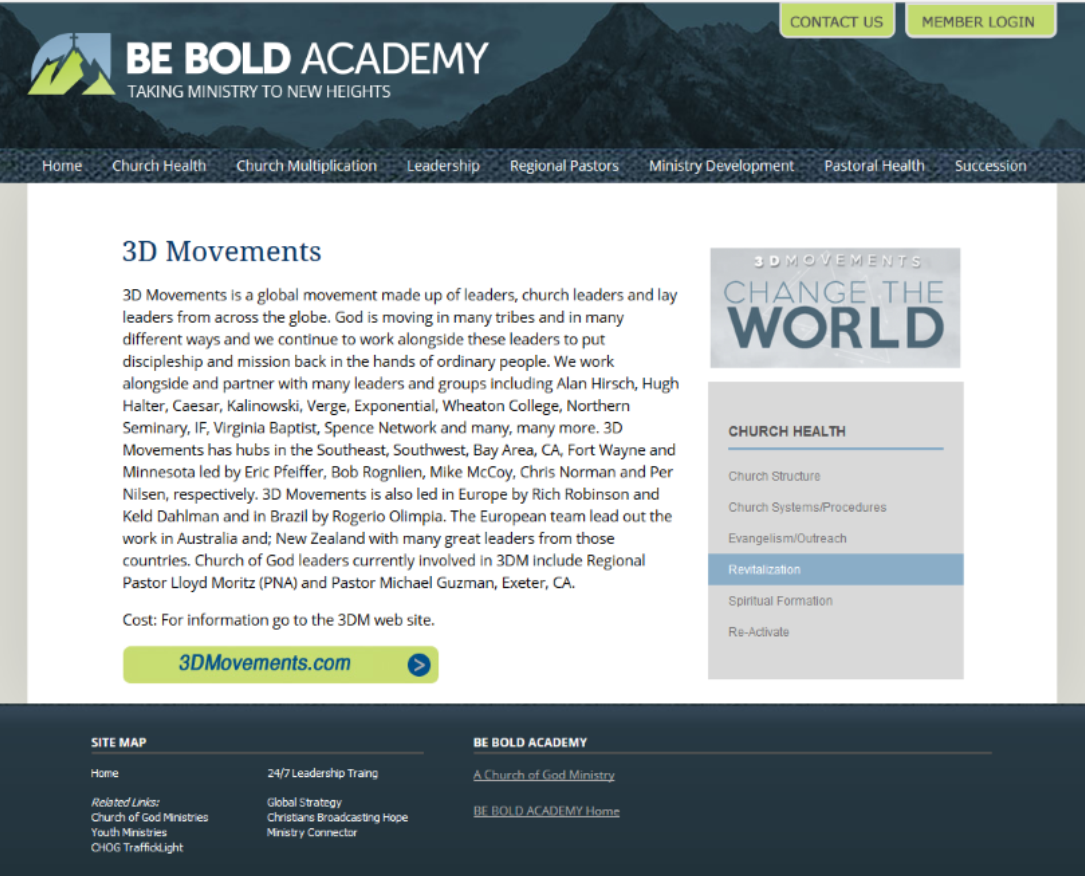